The Roberts – Autism ETC’s September Family of the Month 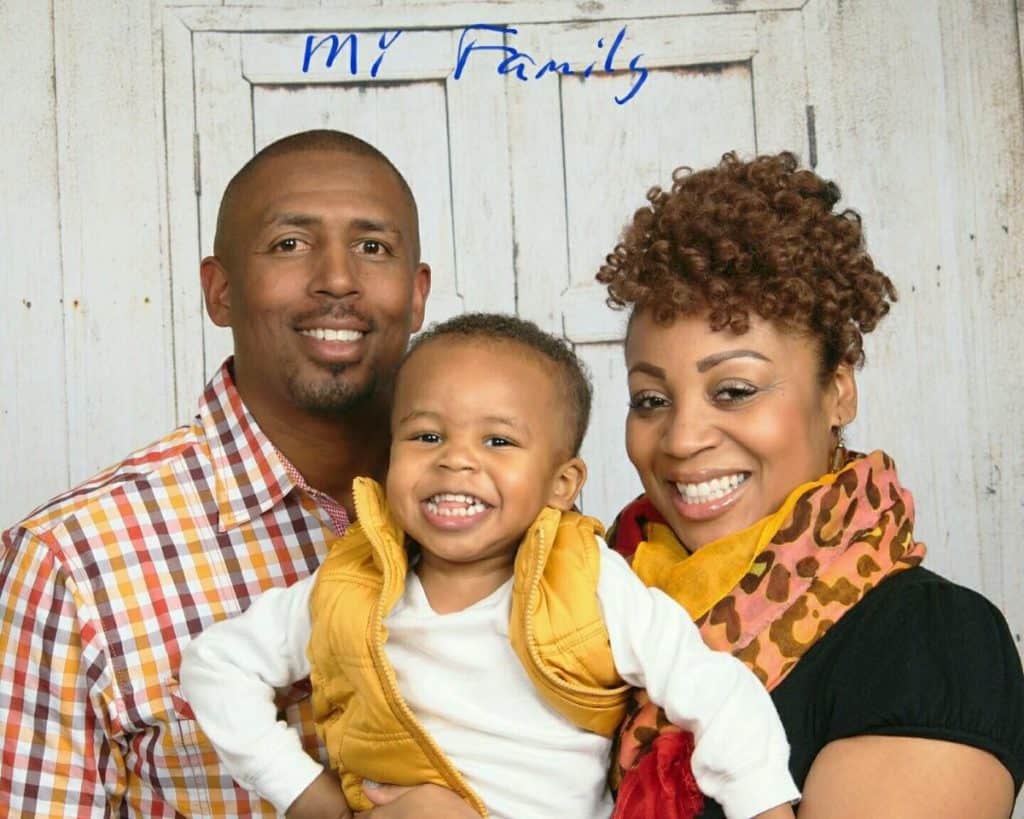 Every parent dreams of their child meeting all pediatric development milestones. However, sometimes not only does a child not meet these goals, they even regress and lose skills that they once had. For these parents, life is difficult and frightening.

Every parent dreams of their child meeting all pediatric development milestones. However, sometimes not only does a child not meet these goals, they even regress and lose skills that they once had. For these parents, life is difficult and frightening. This is exactly what happened to the Roberts Family.

Terrence (dad), Roshawnda (mom, and young Terrance, also known as T.J. are this month’s Family of the month.

“Early on, T.J. was reaching his developmental milestones. He was starting to talk, engage, in social activities, and was making eye contact with people. When we were in the grocery store, he would say ‘hi’ and ‘bye’ to people we passed.

At 18 months, these skills began to vanish.

He was making less eye contact, he would not request items, and instead of talking, he would whine.

I thought because he is an only child and did not have other children to interact with, he was just not being social. I enrolled T.J. into a Parent’s Day Out program, thinking he would learn to interact with his own age. T.J. did not engage with his peers and would only engage with certain adults. One teacher in the program was able to work with him. When that teacher was no longer there, I realized the program was not a good fit for T.J.“

Eventually, Roshawnda spoke with T.J.’s pediatrician about her concerns.

T.J.’s pediatrician gave her a list of resources which included a referral to Vanderbilt’s Child Development Center. Vanderbilt diagnosed T.J. with pre-autism and speech delay. Mom continued her search for helpful interventions and found Autism ETC.

She was able to enroll T.J. in the summer camp program. Based on the summer camp staff’s observations of T.J., Roshawnda was encouraged to have him tested by Dr. Michelle McAtee, Autism ETC’s Clinical Psychologist, to determine if T.J. was on the spectrum. Dr. McAtee diagnosed T.J. and he soon started attending the Day Therapy Program (DTP).

Roshawnda said, “When T.J. first came to Autism ETC, he was still non-verbal, and he only wanted to interact with adults. He had a lot of behaviors including stemming, self-injurious behaviors, property destruction, and he would flop on the ground. He would cry if his caregivers did not know what he wanted. Having lost his ability to communicate, his unmet needs led to him crying and having tantrums.”

Roshawnda went on to say, “When we first started services, I could see Autism ETC was a safe place for T.J. The staff have the necessary skills and knowledge to take care of my child. I was amazed at how well they were able to work with T.J. and the other children. This staff has the compassion it takes to work with children on the spectrum.”

T.J. started with the summer camp program and transitioned into the DTP. He participates full time in the DTP, designed to introduce clients like T.J. to peer interaction and learning in a classroom setting.

“The parent training is a great opportunity to learn.”

When asked about the impact of the staff training, Roshawnda said, “The parent training is a great opportunity to learn. The staff regularly debrief me so I can learn what T.J. is learning. It is great to see him in action with his staff. T.J. did not have play skills and did not know how to play with regular toys. He was interested in electronic devices, but not regular toys. He is learning functional play skills including how to properly play with toys and engage in pretend play.”

Roshawnda went on to talk about the progress T.J. has made at Autism ETC. “When T.J. first came to the center,” Roshawnda said, “he could not communicate. His lack of communication led to inappropriate behaviors such as stemming. He easily became overly-excited about things. All of this has changed. Now, he is using his words to communicate. He tells you what he wants. He has learned to say yes, and he learned to say no instead of crying or having a tantrum when he does not want to do something. When we are driving, he will see signs and he will use his words to identify what is on the sign. He understands the meaning of the words he says.”

Looking to the future, Roshawnda said, “I see a much brighter future for T.J. He has gained so much from Autism ETC. He is gaining confidence and communicates with adults and peers. He is gaining the tools that he needs to succeed when he starts school. I believe one day he can be independent and able to sit in a main-stream classroom with minimal behaviors. Before Autism ETC, I was afraid the behaviors would interrupt his learning. I see him having the ability to advance and be happy simply because he is able to communicate with teachers and peers.”