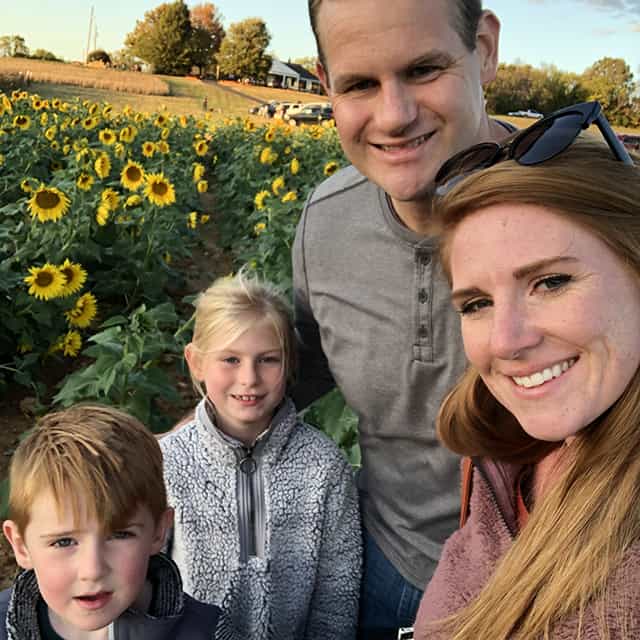 This month, we are proud to spotlight Austin Tillman and the Tillman family, the most recent graduates of Autism ETC! David and Lauren Tillman have two children: eight-year-old Nina and her younger brother Austin, age six. The story begins with David serving in the Army in San Antonio, Texas.

Lauren begins, “When Austin had his fifteen-month appointment with his pediatrician, he did not say any words, and he did not seem to understand the words that were being said to him. The doctor was concerned, and recommended Austin be evaluated to see if he was on the autism spectrum. Fortunately, there were a lot of resources available in San Antonio.”

The family had Austin evaluated just a few months later. He was diagnosed with ASD, and he immediately began ABA therapy. “The center where he received services in Texas did amazing work,” Lauren shared. “When we were given orders to move to Fort Campbell, I immediately began to search for ABA providers that could offer a comparable program. I found Autism ETC and spoke with Carissa Coker, who is now the Clinical Director. She told me the center was starting a new program called the Day Therapy Program. , I felt it would be a great match for Austin.”

Austin began services on August 1, 2016 when he was almost three years old. Lauren explained that she had high expectations for Autism ETC based on the experience the family had in San Antonio. “Our move to Clarksville was wrapped around us starting this program. It was like I had a mental checklist of things I wanted to see in this program, and Autism ETC checked all of the boxes. It was a seamless move from his pervious program to Autism ETC. The staff understood his goals, and the procedures they used were exactly like I had experienced at the clinic in San Antonio. We found just what we were looking for with Autism ETC.”

For the last four years, Austin has participated in the Day Therapy Program five days per week. “When he started the program,” Lauren said, “Austin was saying individual words and some two-word sentences. He was an easy-going child with few behavioral issues. However, when he began to exhibit problem behaviors, the staff immediately addressed them. He went through a biting phase, but with the proper protocols, that behavior has now ended. For a time, getting his hair cut was very difficult for Austin. The staff worked with him, and he is now able to sit through his haircuts without incident. In addition, his vocabulary has greatly increased, and he is now finding new ways to ask for what he needs.”

Lauren went on to discuss how the parent training provided by Autism ETC has also helped her: “the trainings allowed me to be in a room with other parents with similar experiences,” she said. “I understood their questions because they were the same as mine.”

“Don’t be afraid of getting too much therapy,” she advised. “I was resistant to doing a full day program when Austin was first diagnosed, but you have to do what is best for your child.” Lauren urges other parents to not hesitate in starting therapy with your child.. “I was hesitant to accept the full day program because I thought my child would need a nap,” she said. Austin’s pediatrician told Lauren she needed to take every opportunity offered. “After witnessing Austin’s improvements, I knew the full day program was exactly what he needed.”

David’s time in the Army has now come to an end, and the family will soon be relocating to Missouri. Therefore, Austin and his family are preparing to leave Autism ETC. Lauren reflected, “It was a difficult decision not to continue the Day Therapy Program. We decided it was time for Austin to integrate into a typical classroom. I believe he is ready to attend in school with his peers. The staff has been helping prepare Austin to graduate from the Day Therapy Program. They conducted several community outings with him. For example, they visited a peer fitness class and a social class with Austin. . He did very well! He was able to follow the directions of the teacher even with the distractions of the classroom setting. He even performed well when we attended the class a second time; this time, without his therapist. Autism ETC has equipped him with the tools he needs to be successful. Their program has definitely worked for us!”